Things to Know About Kennedy Elementary

Thanks to community support, Kennedy Elementary is newest elementary school in over 30 years, and opened its doors August of 1999. 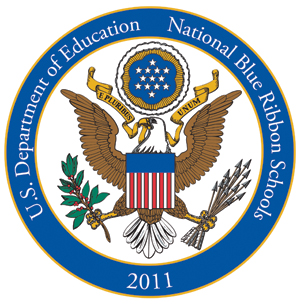 The National Blue Ribbon School award honors public and private elementary, middle and high schools where students achieve at high levels or where the achievement gap is narrowing. Since 1982, more than 6,500 of America's schools have received this coveted award.

"The Kennedy staff is steadfast in its commitment to inspire students’ desire for learning through our implementation of dynamic, engaging and innovative instruction. The staff’s commitment to collaboration, differentiated instruction and ongoing professional development has enhanced the teaching and learning at our school."

John Fitzgerald Kennedy was born on May 29, 1917 in Brookline, Massachusetts. He was the son of Joseph Patrick Kennedy and Rose Fitzgerald and the the second of nine children. Kennedy graduated from Harvard in 1940.

After college, Kennedy served in the US Navy, where he received the Navy Marine Corps Medal for Heroism. When Kennedy was only 29 years old he ran for Congress. He served three terms in the House of Representatives beginning in 1947. Kennedy also served in the U.S. Senate until his presidency.

John F. Kennedy, 35th president of the United States was the youngest person ever to be elected president. He was also the first Roman Catholic president and the first president to be born in the 20th century. One of the most famous quotes in American history was made by President Kennedy in his inaugural address, "ask not what your country can do for you, ask what you can do for your country." John F. Kennedy gave the first live televised press conference, six days after taking office.

Unfortunately, Kennedy was assassinated before he completed his third year as president. He was shot on November 22, 1963, while traveling in a motorcade in downtown Dallas, Texas. His achievements, both foreign and domestic, were therefore limited. Nevertheless, his influence was worldwide, and his handling of the Cuban Missile Crisis may have prevented war.

Many Americans admired Kennedy, and perhaps no other president has been so popular. He brought to the presidency an awareness of the cultural and historical traditions of the United States and an appreciation of intellectual excellence. Kennedy eloquently expressed the values of 20th-century America. And because of this, his presidency had an importance beyond its legislative and political achievements.